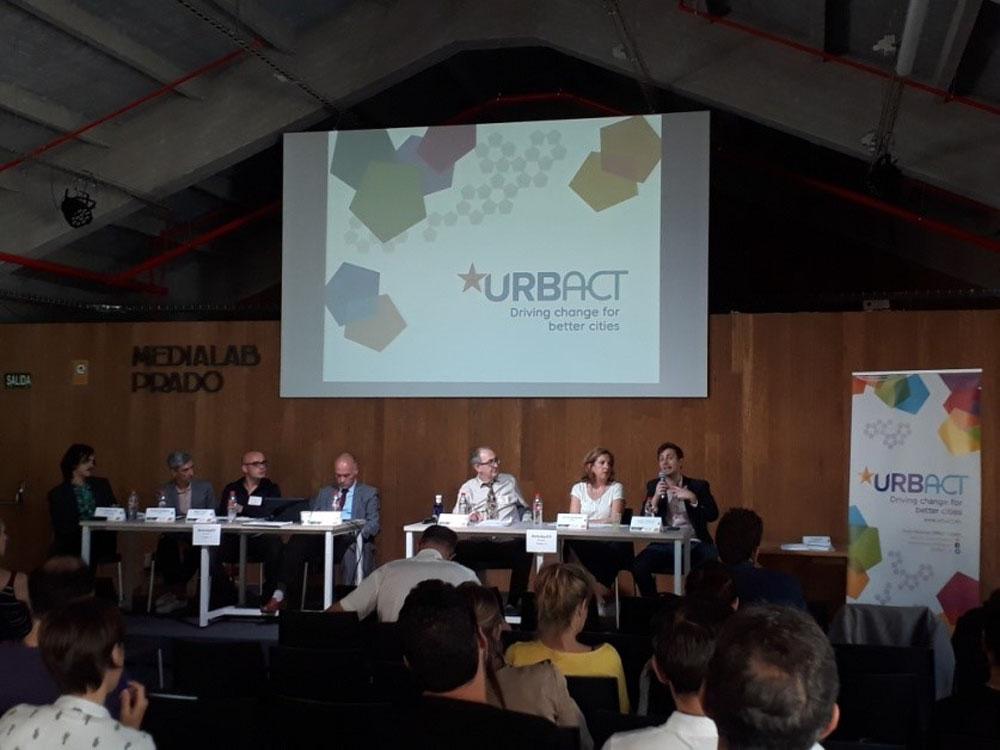 Overall aim of the event:

URBACT is a know-how programme that promotes transnational exchange and learning between networks of cities. The main mechanism that URBACT uses to achieve its objectives is through co-financing exchange and learning networks that typically run for 30 months and involve six to twelve cities, depending on the type of network (i.e. Action Planning Network, Implementation Network, and Transfer Network). Each created network will focus on a specific theme or challenge (e.g. economy and competitiveness, urban environment and resilience, or employment, social and education).

*URBACT’s mission is to enable cities to work together and develop integrated solutions to common urban challenges, by networking, learning from one another’s experiences, drawing lessons and identifying good practices to improve urban policies. In this sense, cities can participate as Good Practice Cities (Lead partners) with a given good practice to share, or Transfer Cities (Project partners) willing to adopt such good practice.

After previous URBACT I and URBACT II programmes, the aim of the event was to present the URBACT III Programme, which is running from 2014 until 2020 and holds a total budget of EUR 96.3M (including EUR 74.3M from the European Regional Development Fund).

The programme is organized around four main objectives: 1) capacity for policy delivery, 2) policy design, 3) policy implementation, and 4) building and sharing knowledge. In order to reach these objectives, the URBACT III developed 3 types of interventions: 1) transnational exchanges, 2) capacity-building, and 3) capitalization & dissemination.

As explained before, the main stakeholders targeted were cities (no matter how large/small they are) that have developed innovative urban policies or projects, that are willing to implement good practices or those that simply wish to learn about the Programme and its financial tools. More specifically, the URBACT III is addressed to public local authorities representing cities, municipalities, towns, infra-municipal tiers of government (such as city districts), metropolitan authorities, etc. as well as local agencies defined as public or semi-public organizations, provincial, regional and national authorities, and universities and research centres.

The URBACT III Programme is financed by the European Regional Development Fund together with Member States and EU partners from 2002. Overall, URBACT integrates 550 cities, 29 countries and 7,000 city workers.

During the event, it was explained in detail what is the purpose of URBACT and what are the opportunities offered to cities. Then procedure for application was clearly described, with a special focus on the upcoming call for Transfer Networks. It was really interesting to know about the different experiences from participating cities in the URBACT programme. Some of the cities had participated in previous URBACT programmes and some others were currently involved. Consequently, the advantages and benefits from participating in such networks were clearly illustrated, as well as some drawbacks and potential risks to bear in mind.

How will my city benefit from URBACT? (Municipalities sharing their experience in URBACT)

How was Connecting Nature disseminated at the event?

The agenda of the URBACT Infoday was already arranged and closed when Bioazul registered for attendance to the event. Therefore, it was not possible to give a presentation about Connecting Nature project during the URBACT Infoday. Nevertheless, during the event breaks and discussions held at the end of the event, Bioazul had the opportunity to disseminate the project among different stakeholders attending the meeting. It was specially embraced by those participants interested in tackling urban challenges related to climate change and urban resilience.

Background information on the organisations attending, including:

Overall outcome of the event for Connecting Nature project:

Was the Connecting Nature project’s attendance successful and did it draw attention of the participants?

The attendance to the URBACT III Infoday was useful and successful for two reasons:

Was it worth attending events of this type?

Attending the URBACT Infoday was essential to get familiar for the programme and learn from the experience of the cities involved. It was useful since the participating cities discussed about environmental, social and economic challenges they have been facing and how URBACT III can contribute to the reach a solution. Likewise, the application procedure was clearly explained to all participants, informing about deadlines, requirements for submission and main issues to be aware of.

What can be done to make the next attendance more meaningful?