Connecting Nature aims to engage widely with citizens and stakeholders in the co-creation, co-production and co-management of large-scale nature-based solutions in our cities. Achieving this idealistic ambition is proving more challenging to practice than to preach!

In practice, we have come across many roadblocks and barriers to engagement in the 11 cities directly involved in planning large scale nature-based solutions through Connecting Nature. Some of these challenges centre around the:

In response to these challenges,  Connecting Nature partners Trinity College Dublin and Horizon Nua co-hosted a workshop on “Engaging the UN-usual Suspects” at The Nature of Cities (TNoC) European Summit in Paris on 6th June 2019.  The objectives of this session were:

The scoping exercise used in step 1 provided some useful insights on who might be considered the usual suspects when it comes to renaturing the city.  The UNusual suspects not very well-represented in our workshop would appear to be the over 60’s, special needs and less educated (the category of middle income v professional was discarded during group discussions). 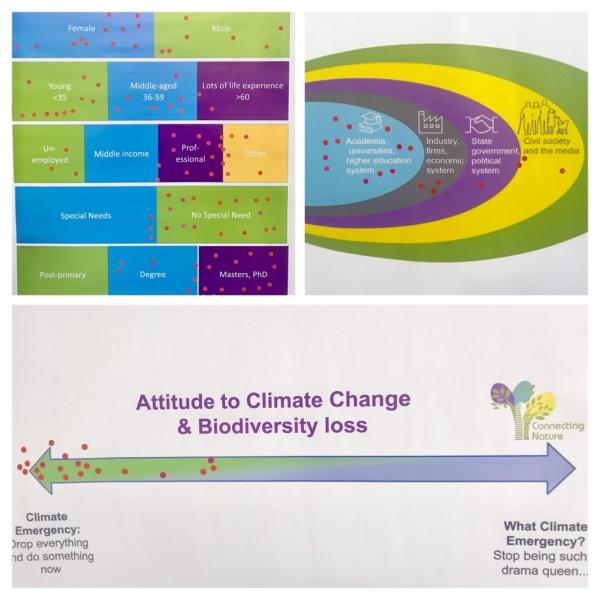 We also appear to be mainly talking to ourselves in academia with relatively little engagement from industry, government or citizen representatives.  And we most definitely are not engaging with those with opposing views when it comes to climate change or biodiversity loss.

“The UN-usual Suspects” Scoping Tool by Siobhan McQuaid & Marcus Collier of Trinity College Dublin and Horizon Nua is available free of charge for anyone to use under a Creative Commons Attribution-ShareAlike 4.0 InternationalLicense.  To request a copy mail info@connectingnature.eu

For the scenario exercise, participants were divided equally into two groups – one group represented the view of the majority in favour of using urban nature to redesign a city centre after a natural disaster; the other group were asked to put themselves in the shoes of the UN-usual suspects and consider alternatives to urban nature solutions. The lessons learned from the scenario exercise and the discussion which followed resulted in the following 10 lessons learned and recommendations in practice for better engagement with the usual and UN-usual suspects:

Lesson 1: We are talking to ourselves. Although Figure 1 is only indicative of the participants of this workshop, a broader analysis of the 300+ participants registered for this event and similar events shows a similar picture.  The usual suspects are academics and researchers, highly educated and professional and united in attitudes to climate change and biodiversity loss.  There is little meaningful engagement with UNusual suspects and those with opposing views.

Recommendation:  Building on this initial experiment, there is a need firstly for more rigorous analysis of the usual and UNusual suspects represented in urban planning consultation and climate change/biodiversity policy-planning dialogues.  More efforts need to be invested in engaging with the UNusual suspects on an equal setting.

Lesson 2: Divide and conquer:  Despite a clear commitment among the first group to the concept of urban renaturing, it was difficult to reach consensus among participants in this group on the most effective way to implement such concepts in practice.  On the other hand, it was easier for the other group to reach consensus on more conventional ‘tried and tested ‘conventional urban formats.  As a community are we over-complicating the message we are trying to communicate to wider audiences?

Recommendation: Need for urban naturists to agree a common message among themselves and communicate more clearly and coherently to other audiences???

Lesson 3: Easier to build consensus around a vision:  building completely bottom-up solutions taking everyone view on board presents many challenges.

Recommendation: An alternative approach is to build consensus first on a common vision and then work out the detail afterwards.

Lesson 4: Participatory approaches take much longer than autocratic approaches. The lessons learned from this scenario exercise are echoed in wider practice.  Strong political leaders can make autocratic decisions which may or may not reflect the views of the people they represent.  To really dig deep and understand citizen and stakeholder needs takes time and expertise.

Lesson 5: Difficult to leave space for minority voices.  The objective of co-creation is often to bring different stakeholders together to co-create a common vision. In reaching consensus there will inevitably be winners and losers to some degree.  Minority voices drowned out by the majority may become disillusioned and disengage from the process or become more active opponents.

Recommendation: Need to consider how to include minority voices in consensual decisions.

Lesson 6:  In crisis situations we need to work together.  This exercise raised awareness among participants of our own bias towards those of other political or climate change ideologies.  In natural disaster scenarios, which are becoming more common worldwide, the group recognised that cynicism needs to be left at the door and all parties need to work together to respond to societal needs. Participants in this workshop raised serious concern about our own disdain for right–wing perspectives.  Interestingly the solutions proposed by both groups focused first on restoring communities and secondly on how to do it.

Recommendation: We need to overcome our disdain for those of opposing views and really engage with them on reaching consensual solutions.

Lesson 7: Role of leaders is crucial

Lesson 8: Arguing for change is challenging:  related to point 2?

Lesson 9:  Innovation is difficult.  We have a responsibility to think ‘out of the box’ – we need different groups with different ideas. We need to engage with innovators and entrepreneurs to effect change.  We’ve done enough talking.  We’re all convinced.  Now we need to engage on action.

Recommendation:  Change the concept of co-creation to move beyond visions and ideas and move towards innovation in action.

Recommendation: Rather than flying around the world to talk to like-minded people we need to explore how we can use online engagement platform already reaching different audiences to raise our voices for change.

Led by our partner, DRIFT, Connecting Nature is in the process of developing and testing a comprehensive suite of co-creation and co-production tools and a guidebook to support cities in this challenging process.  For further information please email us directly at info@connectingnature.eu 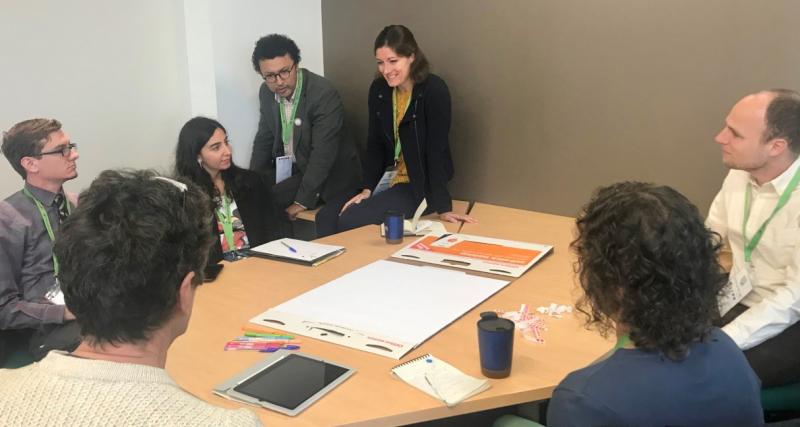 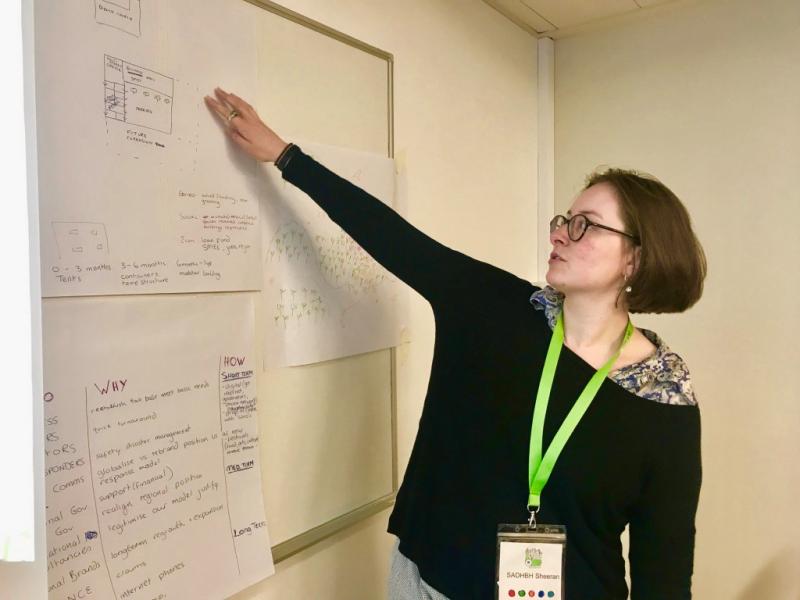 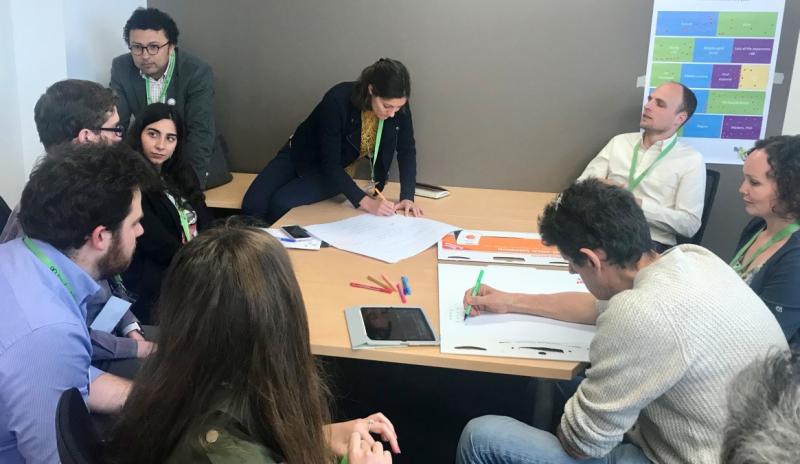 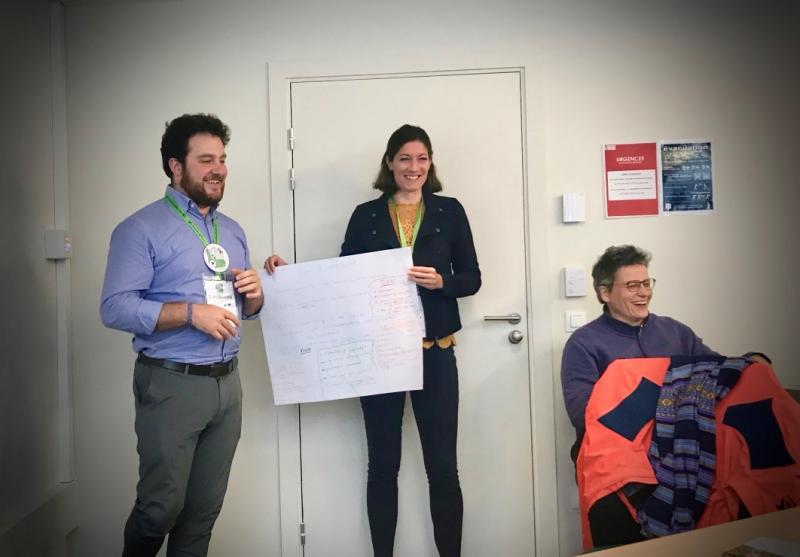 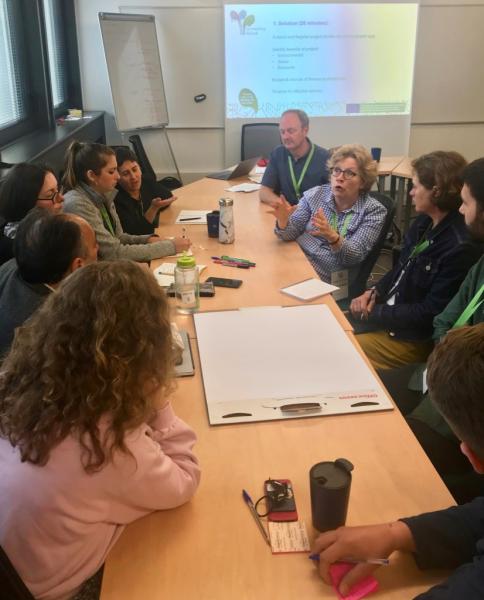 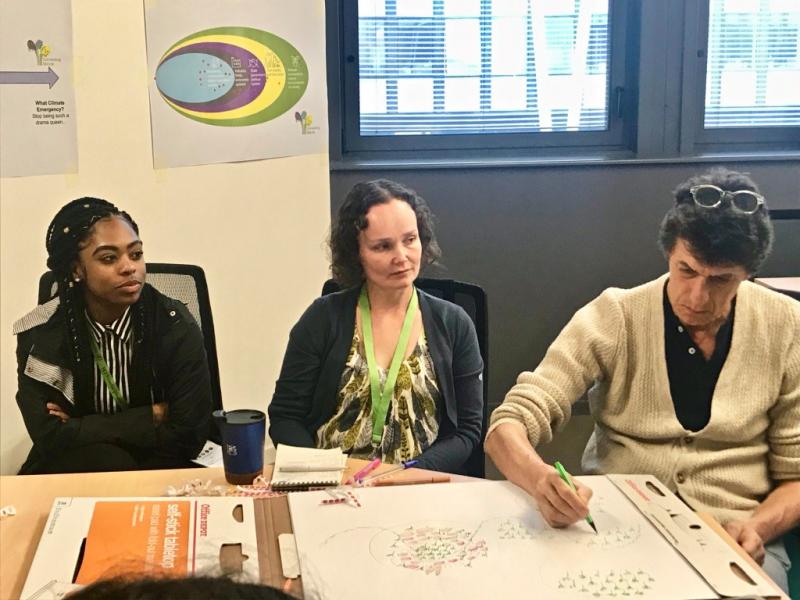 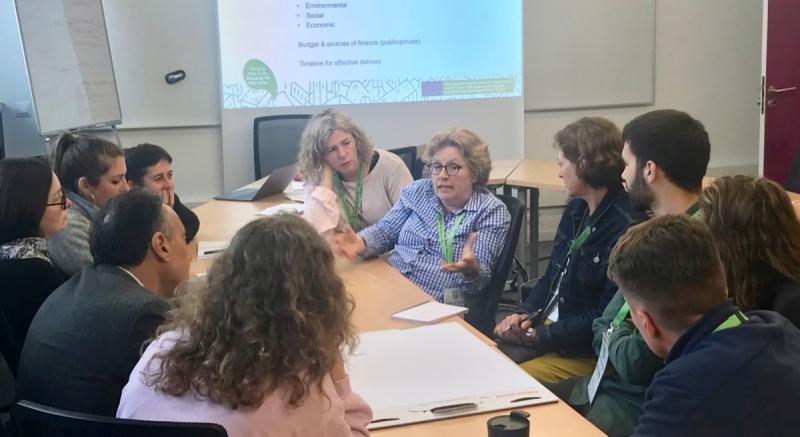 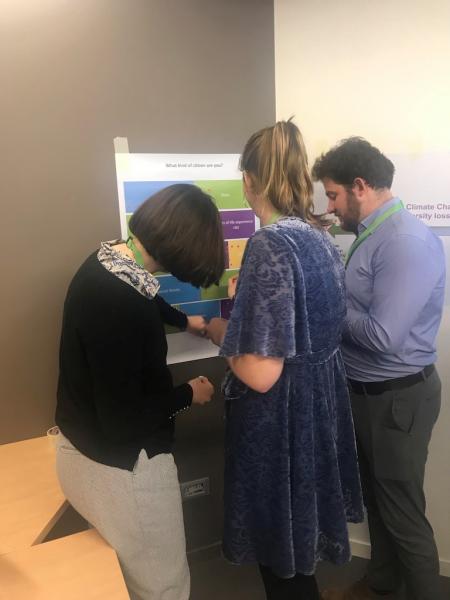