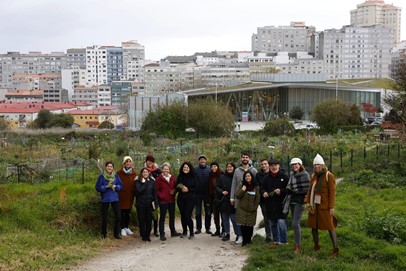 The time for Nature-based Solutions (NBS) to take their rightful place in Spain has arrived. The City of A Coruña, in the Galicia region of northwest Spain, has launched a new regional hub of the UrbanByNature programme to enhance exchange on NBS among Spanish and global cities, connect stakeholders such as municipalities, universities, NGOs and SMEs to policy opportunities and establish a solid cooperation network around urban greening.

Several institutions and organisations expressed interest in joining the hub at the launch event held in A Coruña on 25 November 2021, such as the Galician Health Service, the Galician School of Landscape, Greenpeace, local environmental association Asociación de Leria na Leira, private sector companies Ingeser Atlántica and 3edata Ingeniería Ambiental, as well as different partners of other H2020 projects such as CLEVER Cities (City of Madrid), NICE (CETIM) and Urbinat (CES - Coimbra University and City of Porto).

It was also an opportunity to share the interesting work in the field of NBS developed by other municipalities and entities in A Coruña’s surrounding area, such the Terra das Mariñas UNESCO Biosphere Reserve, the city of Santiago de Compostela, and the city of Lugo, partner in the LIFE-funded project Lugo + Biodinámico.

Led by the municipality of A Coruña with the support of the University of A Coruña, the new UrbanByNature Spain hub will initially focus on the topics of NBS and urban regeneration, NBS co-production, embedding NBS into city-wide strategies, protecting and recovering biodiversity in urban areas, and the benefits of NBS to health and well-being.

A five-part webinar series commencing in early 2022 will set the programme in motion. 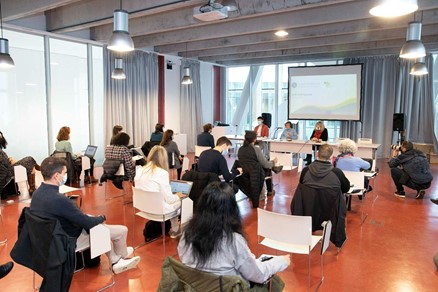 “With initiatives like the launch of this Hub, A Coruña is trying to be a leader in the fight against climate change. In the past, we have been hard hit by environmental catastrophes such as the sinking of oil tankers, and we are now facing an increasingly adverse climate. Being one of the cities that lead the way for the mainstreaming of NBS in Europe and in Spain is a huge opportunity, and we want to be up to the challenge", said Esther Fontán, third Deputy Mayor and Councilor for Environment and Sustainability in the City of A Coruña.

“This event is a fantastic opportunity to share experiences and innovations from different projects, and we wish to keep cooperating for future collaborations, given the proximity of our cities”, said Ana Ferreira, Project Officer for the H2020 Urbinat Project, City of Porto.

“The Galician Health service is pioneering the implementation of NBS, putting the health sector at the center of a cultural transformation based on sustainability, and we will continue advancing on this path as a partner of the New European Bauhaus and through this UrbanbyNature Hub”, said Beatriz Piñeiro Lago, Innovation Technician at SERGAS (Galician Health Service).

A Coruña is recognised as a leader in sustainability, having recently been awarded the annual prize of the Spanish Federation of Municipalities and Provinces (FEMP) for local good practices in addressing climate change. The city is also a member of the Covenant of Mayors for Climate & Energy, a signatory of the Green City Accord, and a partner in the Connecting Nature Horizon 2020 project, through which it is creating a network of urban gardens to connect different initiatives across the city.

Launched within Connecting Nature, UrbanByNature is a capacity-building programme with established hubs in Brazil, the Caucasus, South Korea and China, the latter in collaboration with the CLEVER Cities project. Additional hubs within Connecting Nature are planned in Scotland and Flandres. In parallel, CLEVER Cities is expanding UrbanByNature’s global outreach by inaugurating new hubs in South America and South-Eastern Europe. UrbanByNature is powered by ICLEI Europe and hosted by the CitiesWithNature initiative.

“ICLEI Europe is glad to support the growth of the UrbanByNature programme via the launch of three new European hubs in 2021 and 2022, as well as two new global hubs in 2022. By the end of next year, nine hubs will be active around the world, building bridges between regional and global NBS communities and boosting awareness of nature’s potential to tackle urban challenges”, said Daniela Rizzi, Senior Officer, Nature-based Solutions and Biodiversity at ICLEI Europe. 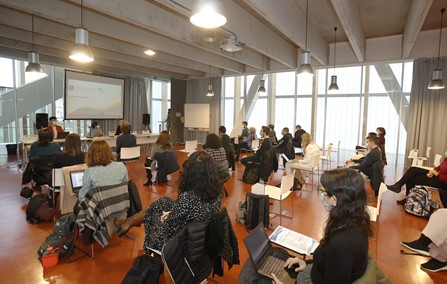 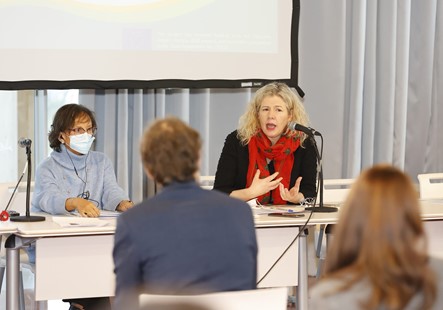 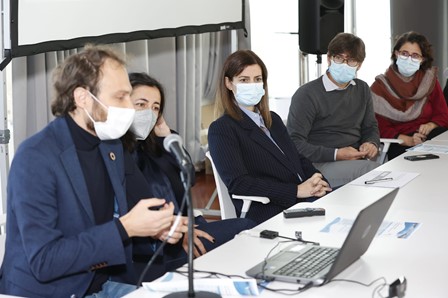