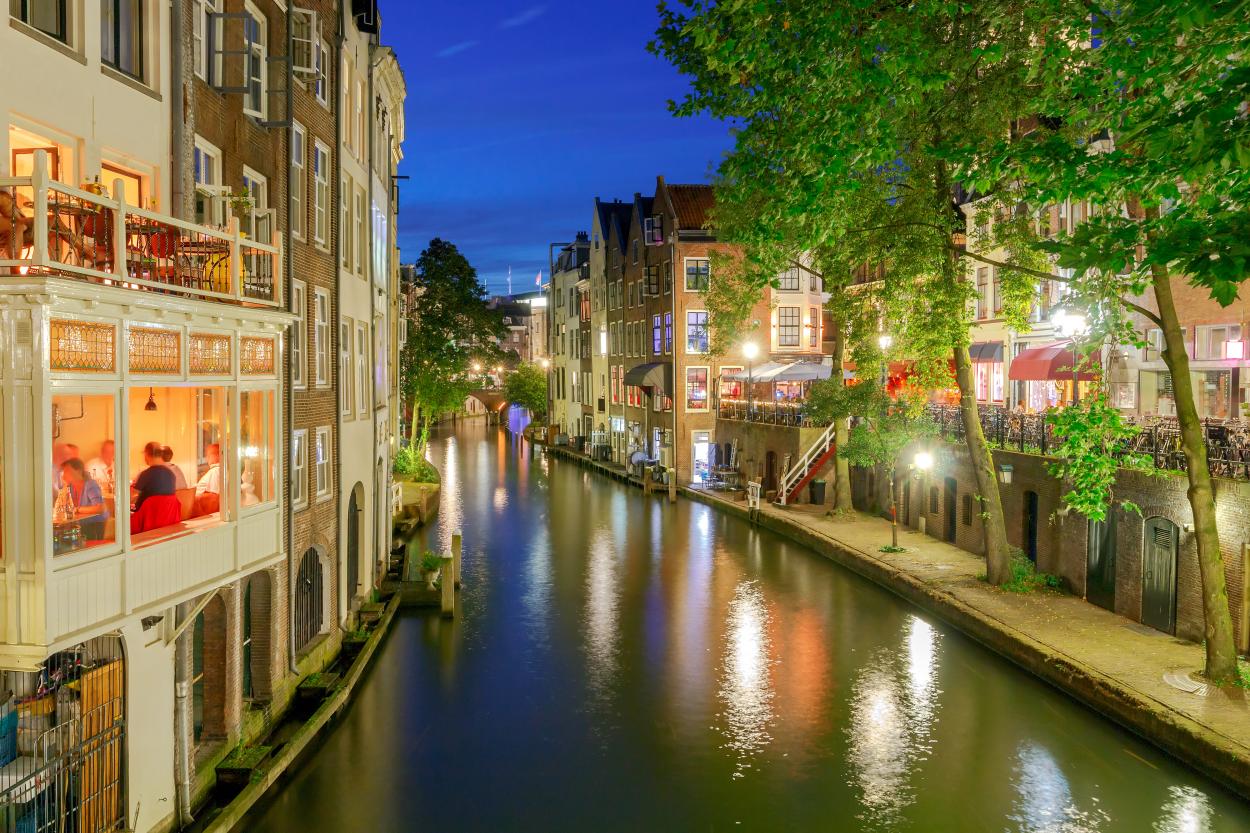 On March 21, 2018, researchers, practitioners, and city officials were brought together by EIT Climate-KIC (Europe's largest public-private partnership for climate innovation) to discuss building green, resilient cities. The afternoon kicked off with a keynote by Frans van de Ven, senior advisor at Deltares. In collaboration with Imperial College London and EIT Climate-KIC, Frans and his team have developed the “Adaptation Support Tool” to assess the potential of various nature-based solutions. These “blue-green” interventions encompass everything from green roofs to urban forests to bioswales, the latter being landscape elements designed to concentrate or remove pollution from surface runoff water. The tool is currently in “advanced beta” mode and still under strict lock-and-key, but will become open source in the near future.

The tool is meant to be used in the pre-planning phase of the urban design process. Its embedded indicators are holistic in nature and include ecosystem services, health benefits, and even social cohesion. Like our Global Green City Watch, which combines computer vision and object-based image analysis on high resolution satellite imagery to assess the quality of city parks from space, the Adaptation Support Tool shares similar challenges when it comes to quantifying subjective traits. That being said, both serve a valuable purpose in bringing more green, to more cities, more effectively. 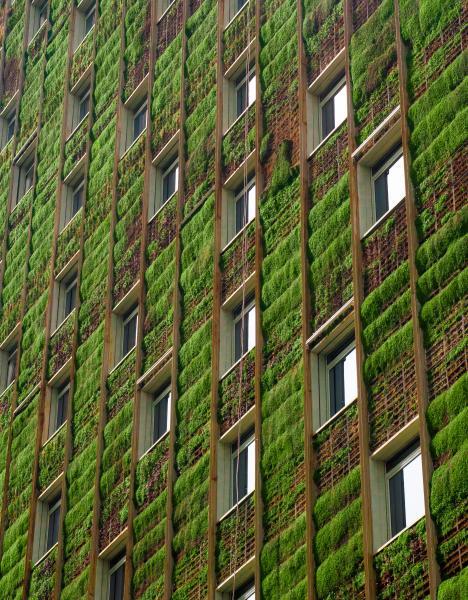 Whatever the ultimate nature-based outcome, says Frans, it must be wholly integrated into the local ecosystem. The natural climatic conditions, such as the soil, geology, and precipitation, are taken as the root, from which the nature-based development can build upon. This flips the script and makes nature foundational, rather than ornamental, as some may consider nature-based solutions only as the “green stuff” that needs to be sprinkled in after the fact.

The “green stuff” refers to something Frans calls, “hybrid green”, solutions which are less dependent on site-specific conditions, focus on one or two benefits (monofunctional), often need little space, and have clear business cases. The CityTree, a mobile, mossy "living wall" designed by German startup Green City Solutions, for example, is the world's first intelligent biological air filter. The CityTree could feasibly be installed in almost any city around the world and provide a beneficial, though singular, ecosystem service. A solution like this is a “smart” way to increase green air filtration in cities, but the question remains: how can we ensure we’re harnessing the true value of all the functions nature-based solutions can offer?

The “Active, Beautiful and Clean” mantra Singapore has put at the forefront of its sustainable urban development is an example of where beautification by green is prioritised. Beautiful, at best, but still vulnerable to urban heat stress, flooding, and climate change, at worst. Luckily, Singapore is starting to transition from a “Garden City” to a “City in a Garden”, where natural landscapes beyond decorative “green stuff” are garnering increasing priority for their multiple ecological, social, and economical benefits.

So what is the solution in nature-based solution? The truth is, we’re still figuring out the most effective, best practices. Although one thing is clear: it is imperative to implement solutions in an integrative and holistic manner.

The afternoon continued with problem pitches from four different cities: the region of Gothenburg, Vejle, Lisbon, and Strovolos. The remarkable thing was that each city seemed to face very similar challenges including flooding, noise, drought, resource efficiency, urban heat island effects, crime, and air and water pollution. These are seemingly ubiquitous problems, yet need highly localised solutions. In addition to their adaptation challenges, the cities all faced similar barriers in implementing their solutions, such as how to ensure cooperation across municipal boundaries, how to ensure all key stakeholders are involved in the planning process, how to finance solutions, or how to make “green” the new norm rather than “grey”? Each city put forward their unique strategy, but they were all rooted in nature-based development. 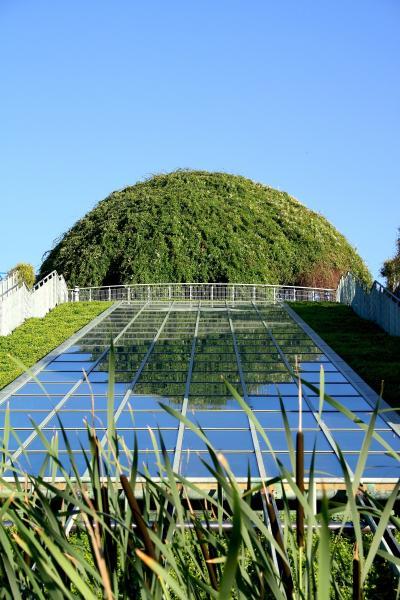 The river Göta älv which flows to the ocean through Gothenburg, Sweden has been vital in shaping the region’s history and continues to contribute to its modern urban development. Upstream, however, the peri-urban areas have seen a 20% decrease in wetlands in the last decade. The destruction of the naturally water-holding wetlands have caused flooding and landslides downstream. The proposed solution? Experimenting with new business models to “buy water holding capacity” by restoring wetlands upstream. The cooperation platform LAB190 organizes the four municipalities, including Gothenburg, to work together for sustainable economic and social development. The collaborative, cross-municipal approach addresses one of the key barriers facing cities working on climate resilience: that adaptation challenges are not bounded by municipal boundaries. Instead, climate challenges follow natural borders such as those created by river basins, flood plains, and mountain ranges.

To the east, in Denmark, the low-lying city of Vejle is also dealing with flooding. Scientists predict the city will be underwater by 2100. Rapid urbanisation and increased congestion have also caused flooding of a different kind: the deluge of cars on the streets. And with more cars, comes more concrete. In contrast to pervious surfaces, pavement collects particulate matter from the atmosphere, nitrogen oxides from car exhaust, rubber particles from tires, phosphates from residential and agricultural fertilizers, and dozens of other pollutants. These pollutants concentrate on impervious roads and sidewalks and in turn pollute surface runoff water.   Pervious surfaces, like parks, gardens and specifically designed concrete, allow the percolation of water into the underlying soil, and increase the storage of flood flows. Vejle, a member of the 100 Resilient Cities program pioneered by the Rockefeller Foundation, is battling concrete by  investing in the development of a Climate Boulevard. This central street will be used for shopping, meeting friends, and serve as a testbed for urban ecological water management.

In Portugal, Lisbon is fighting to promote green infrastructure alternatives for water drainage. At times, the city deals with water shortages, and at other points in the year, the city must learn to handle flash flooding. When it is dry, Lisbon also faces extreme heat and drought, events known to increase the risk of spontaneous, dangerous fires. Lisbon’s Strategy for 2010-2024 has a strong focus on green infrastructure. The blueprint, or “greenprint”, identified city regeneration, climate change adaptation, and connectivity of green spaces as their primary objectives. The publication of Lisbon’s Climate Change Adaptation Plan (2017) again reestablished the need for nature-based solutions, while ensuring they remain cost-effective with low maintenance costs. Rain-fed landscaping has been a popular intervention as they reduce maintenance fees and eliminate the need for urban irrigation. Not all citizens, however, are completely sold, as rain-fed landscaping can mean brown-ish landscapes in the summertime when precipitation is scarce. These experimental zones testing nature-based solutions in Lisbon serve as a key reminder that ecological, economical, and social benefits must be communicated to the city’s population for the project to be a true, sustainable success.

Strovolos, a municipality in the district of Nicosia in Cyprus, serves as a throughway for the Pedieos River, the largest river in Cyprus, with a length of 98 kilometres. The municipality is at the foot of the nature-based solutions mountain, with several challenges that are demanding an alternative approach. The challenges are, of course, similar to the aforementioned cities and include flooding and rapid urbanisation, but also drought, urban heat waves, and severe water scarcity in the dry months. To start, the Cyprus Energy Agency is working to renature the riverbed to ensure better water retention and impede the water flow. Garbage in the river also needs to be addressed, as this debris can be dragged along by the flood and get trapped at low road crossings, causing water to spill over the road. Identifying the most effective nature-based solutions for the job, however, and this counts for all four cities, remains a work in progress.

Nadine Galle is a consultant at Metabolic, PhD candidate in ecological engineering at University College Dublin and Trinity College Dublin, and co-founder of Global Green City Watch. She is inspired by nature to transform cities through circular economy to build resilient, thriving, and happy communities for millions of people.