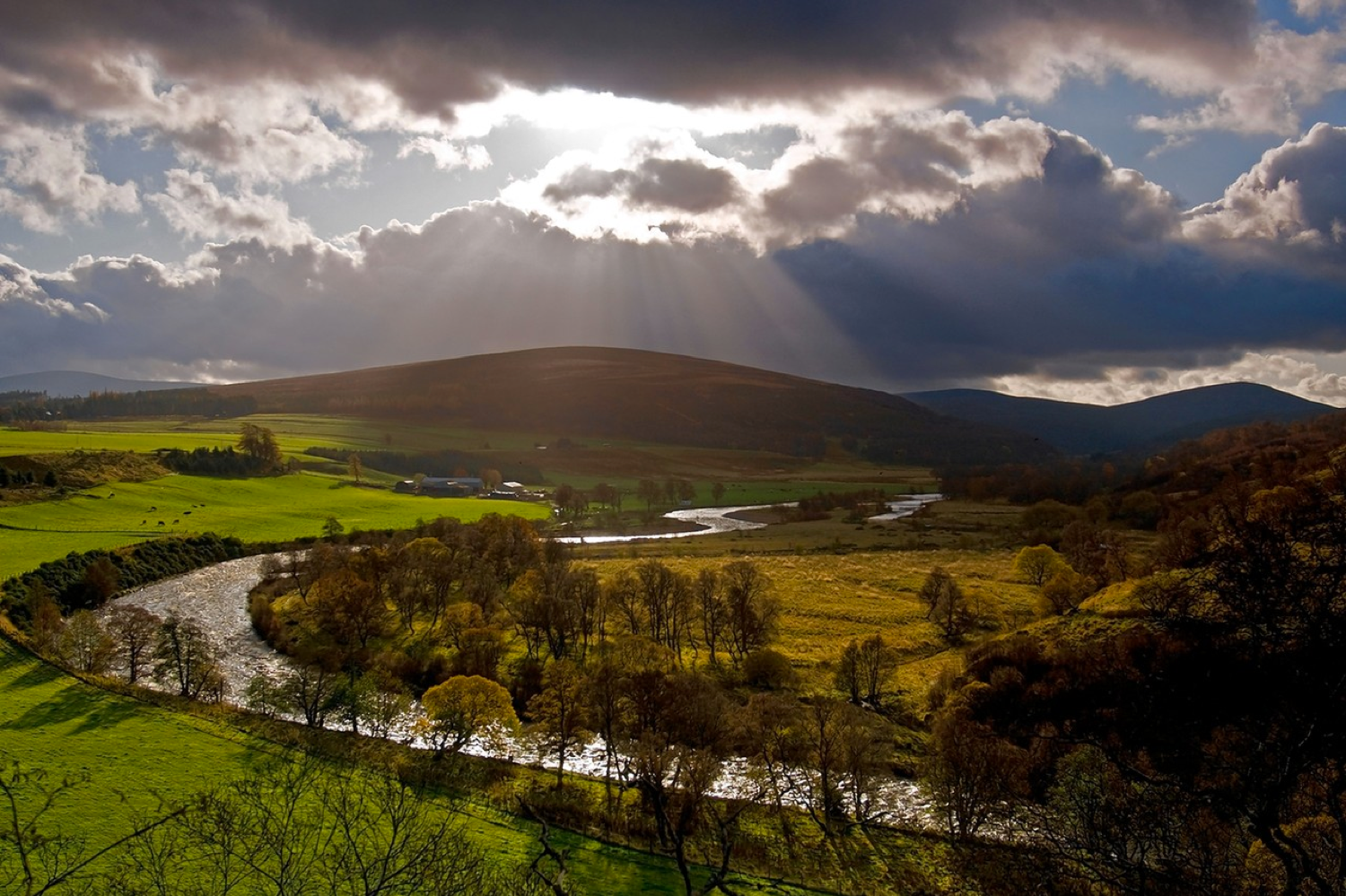 The Spey catchment – one of Scottish Highlands' iconic cultural landscapes that also has an important natural heritage – was identified as a region where many businesses rely on natural capital, but where there is also a need for further investment in sustainable land management. The catchment is home to over 50 whisky distilleries, as well as food producers, woollen mills, sawmills, hydro-schemes, salmon fishing, and tourism businesses all of whom rely on the catchment’s natural capital (landscape, water, wood, fish etc.). The Spey Catchment Initiative helps public and third sector organisations coordinate and deliver environmental land management goals in the catchment but so far only a limited number of private sectors are engaged in its activities. As such it provides an interesting setting for exploring the potential to increase private sector investment in natural capital.

Semi-structured interviews with seventeen business stakeholders and seven members of the Spey Catchment Initiative were conducted between December 2017 and March 2018. Interviews lasted between 45 and 90 minutes. The term landscape assets was used instead of natural capital to explore the concept with businesses in the interviews, based on experience in Landscape Enterprise Networks projects in England. Detailed notes from the interview audio-recordings were analysed to identify common themes in the answers to the question listed above.

The Spey Catchment Initiative interviews represented the main government agencies with a regulatory remit for the Spey, the development, economic and conservation interests of the National Park Authority, local authority flood management officers, conservation organisation land managers and farming interests.
A four-hour stakeholder workshop was organised in end of March 2018 to explore local interest in trialling a landscape enterprise network in the Spey, based on the findings of the interviews. Altogether twelve business stakeholders, eight representatives of the Spey Catchment Initiative, one business advice organisation and six representatives of the Scottish Forum on Natural Capital took part in the workshop.

This research has helped improve understanding of business views and motivations to invest in natural capital. Businesses have expressed that in many cases they prefer to directly choose their partners for investment. However for long term investments in action to address long term issues in a catchment or landscape coordination of business investment would be helpful. Whilst businesses would wish to lead the coordination locally with the help of a neutral and safe intermediary, they seek help from Government to develop the framework to facilitate the coordination and manage the transfer of funds.

Many Scottish businesses are dependent on natural capital but investment in sustainable land management that protects or enhances natural capital remains rare due to several challenges. For example, businesses are reluctant to invest in land management on their own, because competitors may also benefit from the investment. Also, businesses may compete for a positive environmental profile, which can deter investing in initiatives that their direct competitors are already financing. There are nevertheless several successful examples where novel business models were able to stimulate investment in natural capital, often involving intermediaries who broker the investment

There is a growing recognition amongst policy-makers, conservation NGOs and the private sector that funding for land management needs to be increased and diversified to protect and restore biodiversity and natural capital in Scotland. However, effective mechanisms for enabling private investment by companies who do not manage land themselves are poorly understood. A better understanding of business motivations and challenges is required to effectively increase and diversify private investment in natural capital. This study reviewed existing case-studies and interviewed business in the Spey catchment to understand how private sector investments could be increased or diversified.

Main findings were:
1. Businesses recognise the importance of natural capital to their business success, but this does not currently translate into significant investment
2. Businesses are interested in diversifying and increasing their investments in the environment, but find it difficult to identify tangible returns on investment
3. There is broad support for increasing coordination of investment through an independent business-led intermediary
4. Two potential business models for coordinated business investment were identified: a levy model and a project-based model
5. Government and public sector support are essential to increase investment

The Valuing Nature Programme, funded by the Natural Environment Research Council, aims to better understand and represent the complexities of the natural environment in decision making. This report summarises the findings of a short research placement between November 2017 and March 2018 awarded to The University of Edinburgh and hosted by the Scottish Environment Protection Agency with support from the Scottish Forum on Natural Capital.