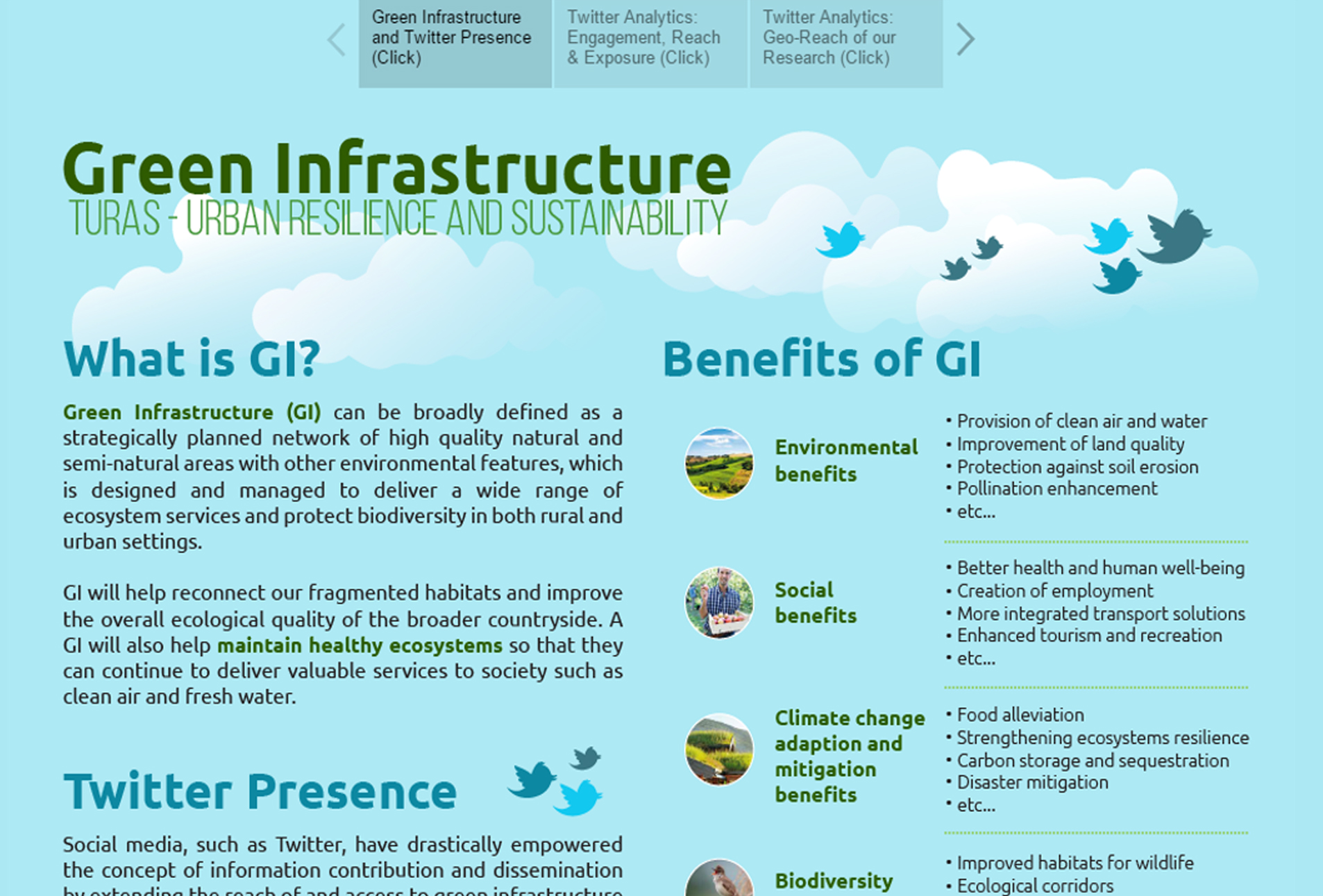 Developing a Twitter dashboard to increase collaboration between stakeholders on green infrastructure.

The aim of the project is to increase collaboration with potential stakeholders on the topic of green infrastructure in London.

The project was facilitated by the University Collage Dublin (UCD) in collaboration with the University of East London (UEL) and its Institute for Sustainability (IfS).

To this end, a Twitter geo-analytics dashboard was developed.

The project had no direct connection to the political level as it has been mainly conceived as a tool for general public and all those with an interest in green infrastructure.

The pilot had no critical obstacles that hindered the process. However, it would have been useful to have more time available to further connections with potential stakeholders.

It was key for the project to have financial support from TURAS, which enabled the possibility to count on social media and ICT development skills as well as the participation of stakeholders.

A great asset was the willingness of UEL researchers to engage with the application of the tool.

The Twitter dashboard highly contributed to the increase of green infrastructure dissemination to a wider audience base as well as it enabled more stakeholders to become engaged with the research topic.

By increasing awareness of people on the relevance of green infrastructure, the topic will gradually become a social norm and therefore, it will publicly consolidate as an acceptable strategy for dealing with climate change impacts in cities.

"Twitter Analytics enabled great insight into the global reach of SRI research. Twitter analytics helped us to understand the potential of Twitter for the dissemination of TURAS outputs but also the limitations. It also helped us to improve our networks and thus, the global impacts of our visions and solutions."Stuart Connop, UEL