This article is part of the World Economic Forum Annual Meeting

Even before Davos started, the scene was set for environmental issues to take centre stage. The Global Risks Report 2019 declared that humanity was ‘sleepwalking its way to catastrophe’ as extreme weather, failure to act on climate change, and natural disasters topped the list. The report also painted a worrying portrait of the deep interconnections between these environmental risks and the level of human health, economic growth, and security.

As the curtain raised for the Annual Meeting, Sir David Attenborough received a Crystal Award for his leadership in environmental stewardship and gave a powerful acceptance speech calling for action on climate change, oceans, and biodiversity.

Climate change and environmental challenges remained a hot topic as public figures such as the UN Secretary General Antonio Guterres; New Zealand Prime Minister, Jacinda Ardern; and the Prime Minister of the Netherlands, Mark Rutte, spoke of the urgent and vital need to protect the environment and outlined the steps they were taking, or would take, to do this.

And the list goes on. Japan’s Prime Minister, and host of the 2019 G20 meeting, Shinzo Abe, said climate action would be a top priority at this year’s G20. He also announced that Japan would use its G20 Presidency to work towards a global commitment to reduce plastic in the oceans.

But arguably, it was beyond centre stage where the real action took place. Six things in particular stood out:

1. Young people stood up for the planet and their futures

Six of the co-chairs from the Annual Meeting were from our Global Shaperscommunity, a network of young inspiring young people all under the age of 30. Akira Sakano, CEO of Zero Waste Academy in Japan, told Davos that younger generations don’t have to stop and think about whether to take action for the environment, ‘it just comes naturally, like breathing".

In partnership with 21 other organisations, they launched a new global campaign #VoiceForThePlanet 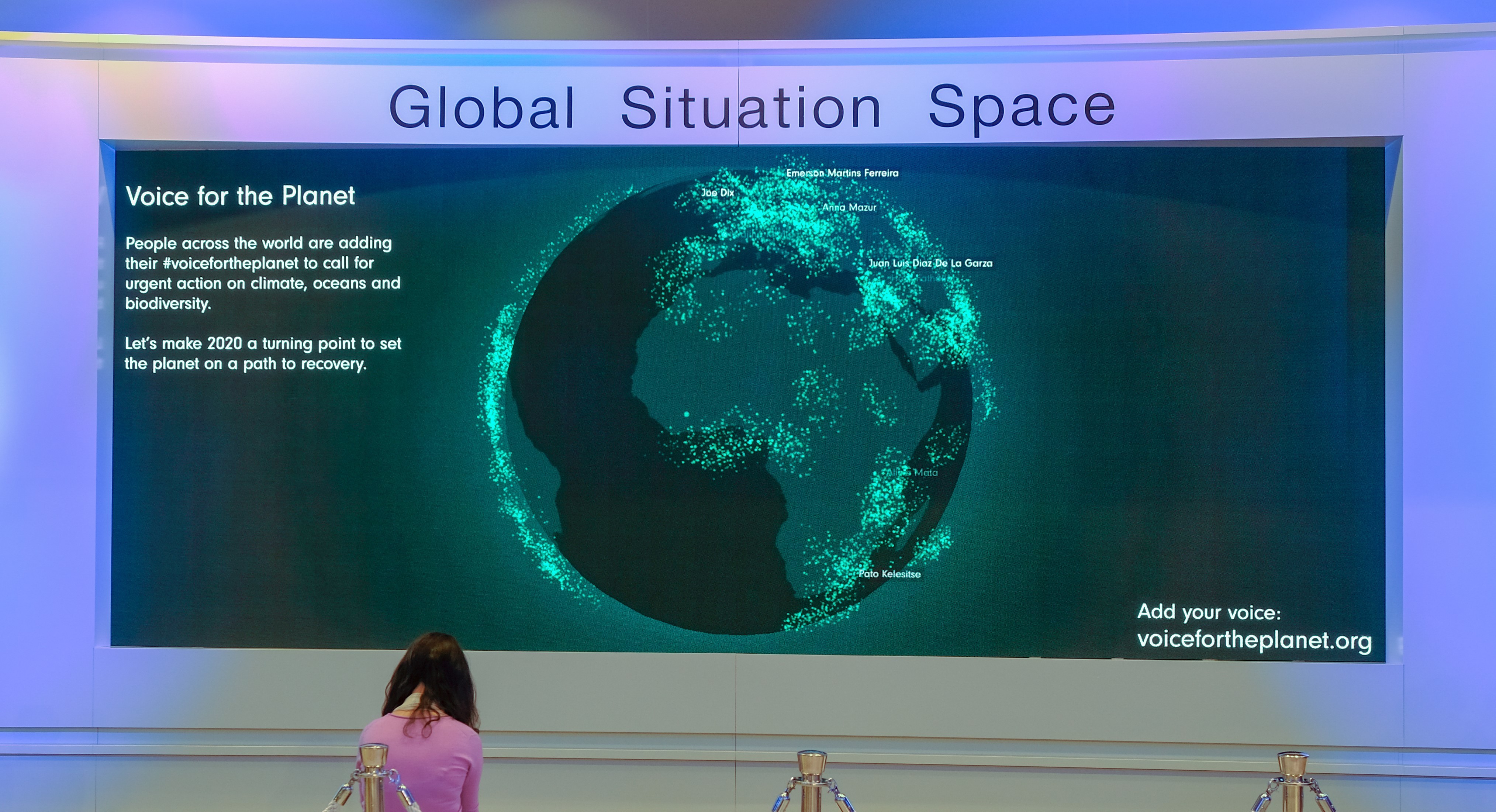 It calls for people around the world to raise their voice for nature and to show leaders in businesses and government that they have support from their citizens, consumers, and employees to raise the level of ambition and action for safeguarding nature, protecting our oceans and forests, and tackling climate change. We can expect to see more from this campaign during the next two years.

Sixteen-year-old climate activist, Greta Thunberg, also joined Davos with a heartfelt, urgent, and candid message, “I don't want your hope. I don't want you to be hopeful. I want you to panic ... and act as if the house was on fire.” 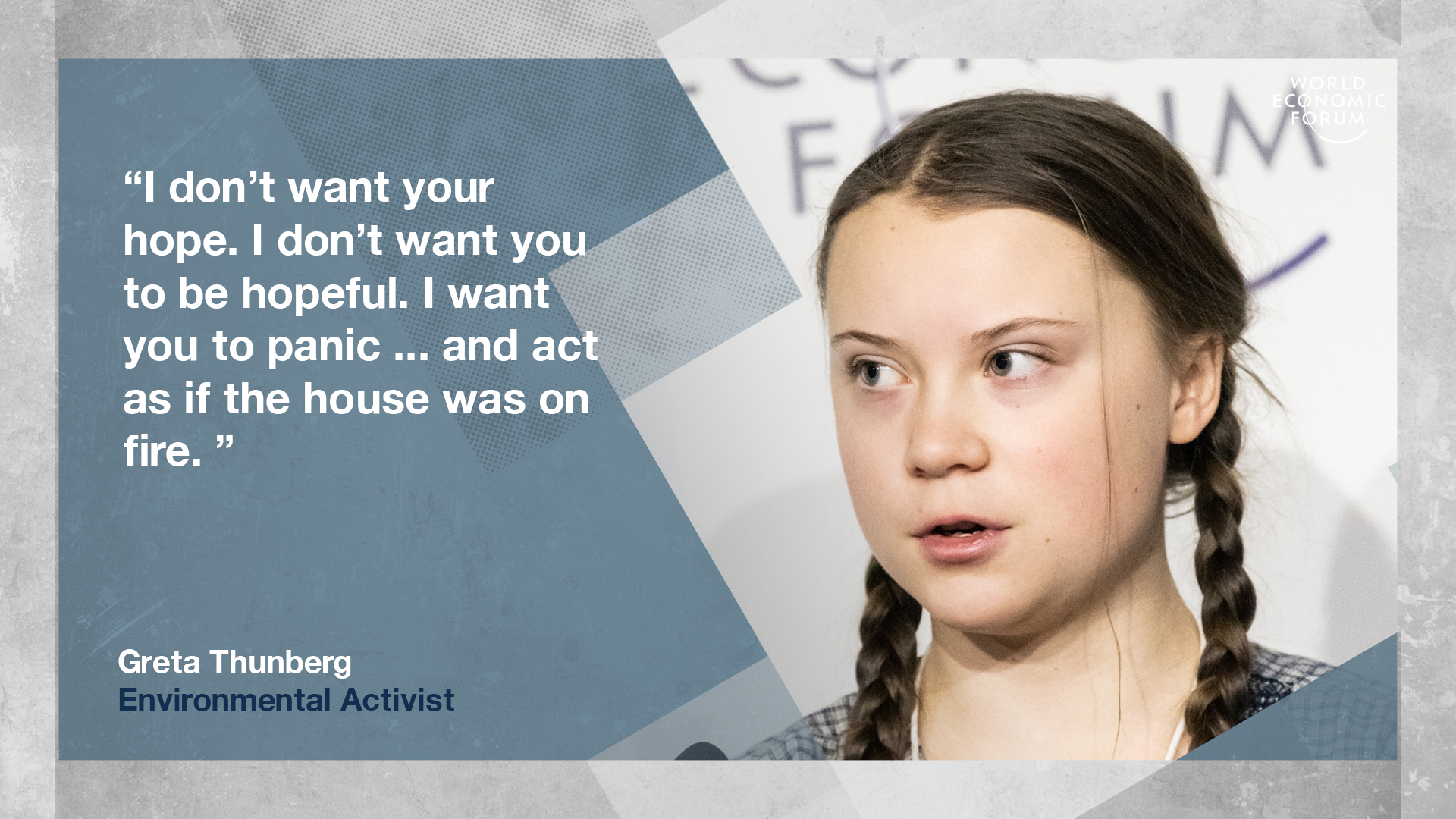 2. There were strong calls for a new action agenda for nature

In parallel, there was a growing realisation that climate change and biodiversity are two-sides of the same coin. While much of the attention to date has been on climate action, Davos 2019 also saw strong calls for a new agenda for nature to complement action on climate and the ocean.

For context, the Intergovernmental Panel on Climate Change issued an urgent warning in October 2018 that humanity has just 12 years left to keep global warming to below 1.5°C and avoid a climate catastrophe. The same month, WWF released the 2018 Living Planet Report, which revealed that the average abundance of more than 4,000 species across the globe has declined by 60% since 1980. Our oceans have also been warming 40% faster than previously thought and are struggling to cope with the 12.7 million tonnes of plastic waste we deposit in them every year.

2020 could be the moment for transformational change in response to these interconnected issues. Some delegates even called it a ‘super year’ for the environment with major UN meetings scheduled for each of these issues. The feeling among many participants was that governments and businesses must seize this opportunity to ‘step up’ both ambition and action and set the planet on a path to recovery.

3. Action to protect the Amazonian rainforest

The Government of Peru announced it was joining forces with the Tropical Forest Alliance 2020 to reduce deforestation stemming from the production of commodities and to support sustainable rural development. The move is significant because Peru has 69 million hectares of forests – more than half of the country’s land area – and has the second-largest amount of Amazonian forests after Brazil. It builds on a number of pilot projects Peru has put in place for forest conservation and will see the government partnering with both the private sector and civil society to reduce the deforestation that accounts for more than 50% of Peru’s greenhouse gas emissions.

Startlingly, it was revealed in Davos that the world produces more electronic waste every year than the weight of all commercial jet planes ever built. Africa, in particular, has become a ‘dumping site’ for e-waste. To address this problem, 10 global companies have pledged to take back the electronic waste that stems from their products. The Global Environment Facility (GEF) also announced a partnership with the government of Nigeria, UN Environment, Dell, HP, Microsoft, and Philips. The GEF has invested $2 million and the partners plan to raise another $13 million from the private sector. 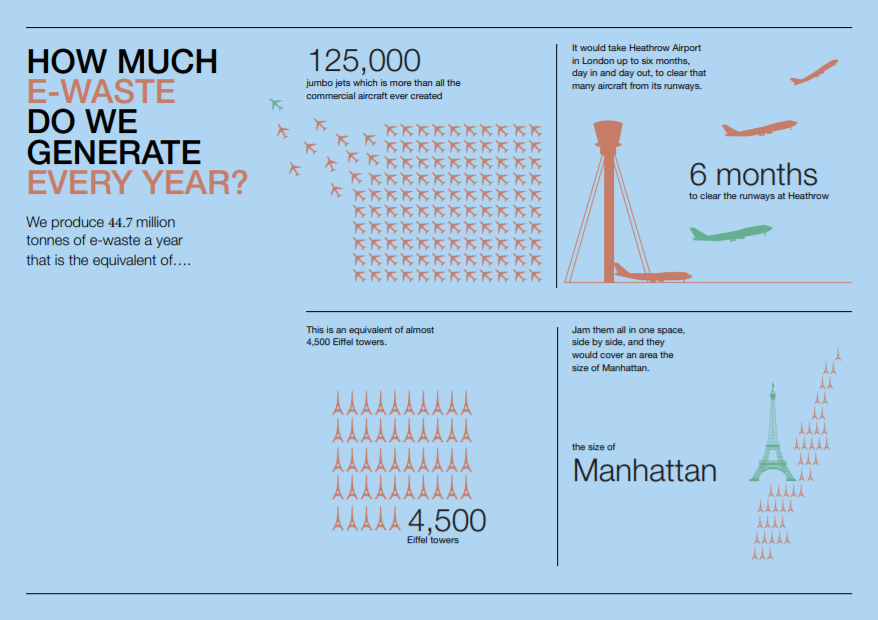 A new initiative was launched to develop and scale-up policies and finance for innovation within the global food system. In particular, the Innovation with a Purpose platform focuses on Fourth Industrial Revolution innovations to address challenges such as lack of traceability across food supply chains, environmental impact, and food safety.

Innovations are emerging in the food system, but these desperately need to be scaled-up because food systems are currently responsible for around a quarter of global greenhouse-gas emissions, nearly a third of all food produced globally is wasted, and yet 800 million people are chronically undernourished.

While big climate commitments or campaigns tend to steal the headlines, there is an awful lot of less glamorous work needed to translate those commitments into real action and into the processes that actually transform industries and operating models.

It sounds quite dry, but it is necessary and effective. For example, a group of 50 global CEOs responsible for generating more than $1.3 trillion in revenue and with operations in 20 economic sectors across more than 150 countries and territories, met to discuss the practical things they could do reduce emissions.

Having so far reduced their collective emissions by 9% since 2016, they developed ‘climate governance’ principles to help corporate boards manage climate change by translating climate risks into business processes. As they say, what gets measured, matters.

This less glamorous work at Davos should help set the stage for more ambitious announcements at the next big moment of truth on the climate change calendar – the UN Secretary-General’s climate summit in September this year.