In the wider Latin area of the Mediterranean, the word MADRE means (or evokes) the term “mother” (as in Italian language) and it is often also used to describe the fertile soil of Earth, metaphorically assimilated to a mother’s womb, able to receive and make the seeds of Life grow. Therefore, it is not a coincidence if the project we are illustrating was called MADRE. It concerns Mediterranean agriculture. More specifically, the MADRE project concerns Urban and Peri-urban Agriculture (UPA) or, as its full name well specifies, the “Metropolitan Agriculture” (MA). MADRE is just an acronym which means Metropolitan Agriculture for Developing an innovative, sustainable and Responsible Economy. It is a European project financed by the Interreg MED Programme. The main project aims are mostly related to the strengthening of cooperation and the exchange of knowledge, policies and best practices on MA among the partner cities and countries.

MADRE has offered to the MA stakeholders of the Metropolitan City of Bologna the opportunity to exchange knowledge and know-how with the different stakeholders of the Mediterranean basin, reflecting on the need to improve city sustainability, as well as on the opportunities and difficulties related to the MA development. Sharing knowledge, networking ability and collaboration are the basis of co-innovation capacity, and this latter is surely a key factor to face the huge challenges of tomorrow. However, the potential of innovations are also related to the specific context in which different stakeholders do act, which include environmental, socio-economic and institutional constraints.

Taking into account the development of the urban fabric in respect to the rural one, the territorial system of Bologna has been considered a “mixed model” – in which a quite scattered urban fabric delimitated by environmental constraints (in particular the Apennine range mountains at the shoulders of urban area) – is however growing alongside specific axis. This peculiar urban development has facilitated the preservation of several peri-urban “wedges”, in which urban and rural fabric might be able to coexist quite harmoniously. Within these areas, there is room for the valorization of the needs of both, the urban and the rural fabric (such as in the case of the City-country park concept).

Especially in this peri-urban wedges, as well as within the first peri-urban belt (including the Apennine area), agriculture is characterized by several small and medium farms, usually quality-oriented and ideally joined by a common agri-culture (mostly rooted in the values of organic movement). 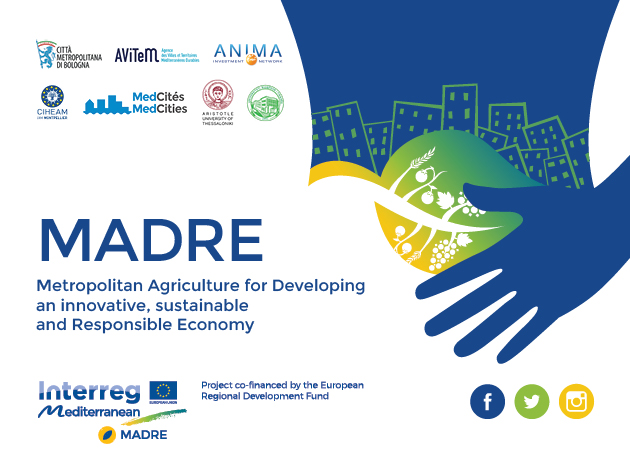 To find out more read chapter 1 of the book here.